Now it’s time to have some taste of Android Lollipop for your Samsung Galaxy S5 SM-G900F, the latest Android flagship from the mobile phone prime. The main advantage about this method is that Android Lollipop 5.0 update explained here is 100% official, so no need to worry about the warranty and all those issues.

Please note that SamsungSFour.Com will not be liable for any damage caused as a result of the below given tutorial, so kindly proceed at your own risk.

1. Please download all the necessary files for this process from the below given links and extract them to your PC desktop;

2. Now you need to switch off your Galaxy Galaxy S5 and enter it into “Download Mode“. To enter you device into “Download Mode” Press and hold Volume Down, Home and Power buttons at the same time. Release the buttons when you get the warning message. Now press Volume Up button to confirm. Now you will see the green Android Bot with “Downloading” message on your Galaxy S5. 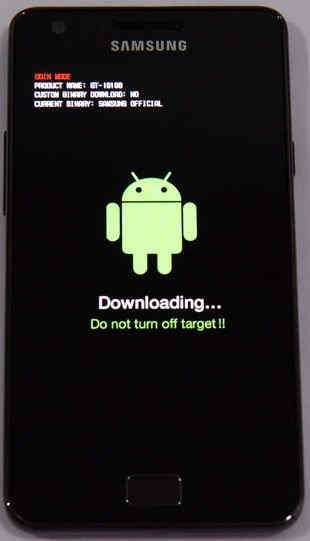 If you want a more detailed tutorial to enter your Samsung Galaxy S5 SM-G900F into “Download Mode” please follow the below given.

How To Enter Samsung Galaxy Smartphone Into Download Mode?

3. Now run the “Odin.exe” file (which you have already downloaded and extracted to your PC desktop) as “Administrator” and connect your device to the PC using the USB cable. If the connection was successful you will get an “Added” message from the Odin window.

4. Now click “AP/PDA” in “Odin” and select the firmware package file which you have already extracted to your PC desktop.

5. Now click “Start” button in the “Odin” and wait for the procedure to get completed.

6. Once the process is completed your Galaxy S5 will reboot, now please check the firmware version from the “Settings” to confirm.

That’s it guys! now your Samsung Galaxy S5 is installed with the latest Android Lollipop 5.0 official firmware, enjoy! and spread the word.

Most common issue right after the update you may be facing will be the Android Boot Loop, to resolve it please follow the below given tutorial and carefully do the steps,

How To Resolve Android Boot Loop On All Samsung Galaxy Smartphones?

If you have faced any issues while trying to update your Samsung Galaxy S5 SM-G900F with the latest Android Lollipop 5.0 official firmware, please feel free to post it in the comment section below, don’t worry I will help you as fast I can.

If “Update Samsung Galaxy S5 SM-G900F with Official Lollipop 5.0 (For All Countries)” tutorial really helped you, please give a like/share on social networking websites by using the below given buttons.