Advertisement
Home » How To Reset/Re-Calibrate A Samsung Galaxy Smartphone Battery?

How To Reset/Re-Calibrate A Samsung Galaxy Smartphone Battery? 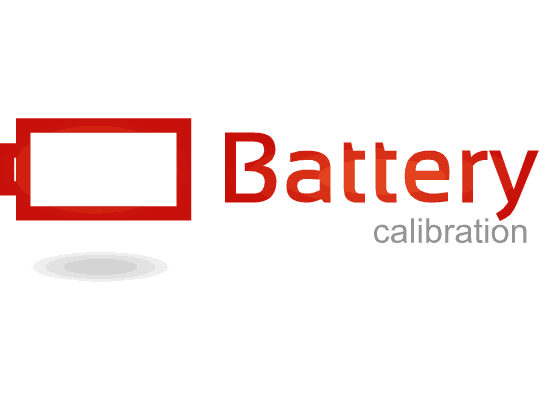 Did you ask anyone who is using a modern Smartphone, what is their greatest disappointment? Whatever the OS is, Android or iOS they will say in unison, it’s the battery life. Mainly it depends on it’s usage though. If you are a person who uses mobile data rather than WiFi data then you may experience more faster battery drain. If you are a hardcore gamer then the battery juice will empty even faster.

But today we are not going to discuss about the normal battery drain issues and solutions, if you need to know more about it please read the below tutorial.

However, today we are going to help you in re-calibrating/resetting your Samsung Galaxy Android Smartphone battery to resolve some even weirder battery issues.

Why do we need to do calibrate your Samsung Galaxy Smartphone battery?

You may need to do this if your Galaxy Smartphone’s battery is acting bizarre. Like dropping from 100% charge to 30% when your phone is kept idle or shutting off suddenly and showing battery empty while it was on 25% a seconds before.

Even though there are various reasons behind this, the most common one is a software issue. There can be situations were your battery itself is faulty.

But if it’s a software issue then we can resolve it by re-calibrating/resetting it using the below given techniques.

So in order to reset your Samsung Galaxy Smartphone’s battery we have two methods. First one is the old school method but equally effective and the second one is the “app” method. In some cases you may have to use both the methods to resolve the issue.


1. First you need to discharge your Samsung Galaxy Smartphone until it turns itself off with out battery charge. Once OFF turn it ON again and let it turn itself off again.
2. Now connect your charger and without turning it ON charge it until 100 percent is displayed on the phone’s screen.
3. Once fully charged unplug your charger and turn your phone ON again. Now when your phone is completely booted up check your battery percentage. If it’s not 100% charge it till it says 100% while the phone is still ON.
4. Now unplug your charge restart your Galaxy Smartphone. Once restarted if it doesn’t show 100 percent, plug the charger back in until it shows 100 percent charge.
5. Please repeat this cycle until it says 100 percent (or as close as possible) when you start it up without it being plugged in.
6. Once the above steps are completed, let your phone’s battery discharge all the way down to “0” percent and let it turn off again.
7. Now fully charge your phone without any interruption and switch it ON once again. Once done your Galaxy Android Smartphone’s battery will be successfully reset/re-calibrated.

Now lets have a look at the next method. Please continue if your issue is still not resolved.

First please perform the above steps carefully.
Now, install the Advanced Battery Calibration app from APKPure. Before launching the app, make sure your battery is at 100 percent again, then restart.

Now open the Advanced Battery Calibration app you will see a screen like shown below. 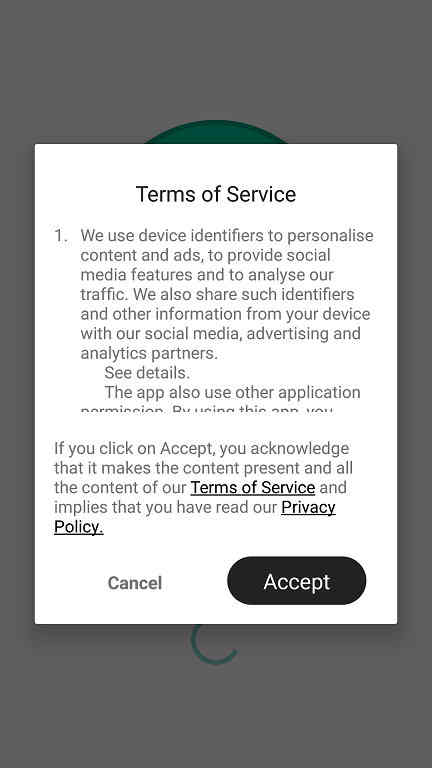 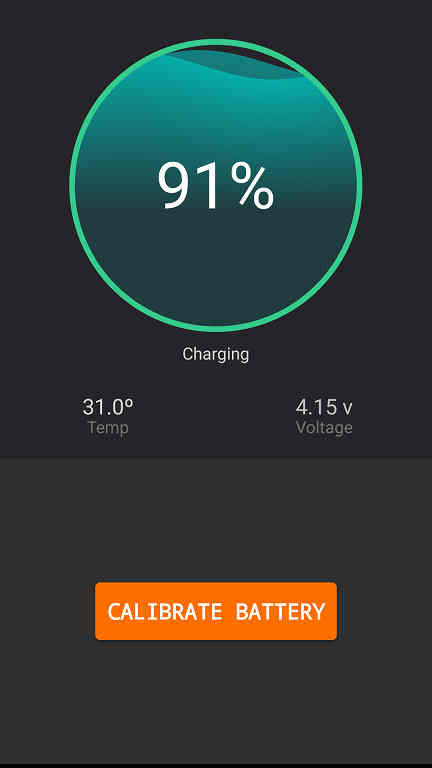 Once done click on the “CALIBRATE BATTERY” button and you will get a warning popup as shown below. 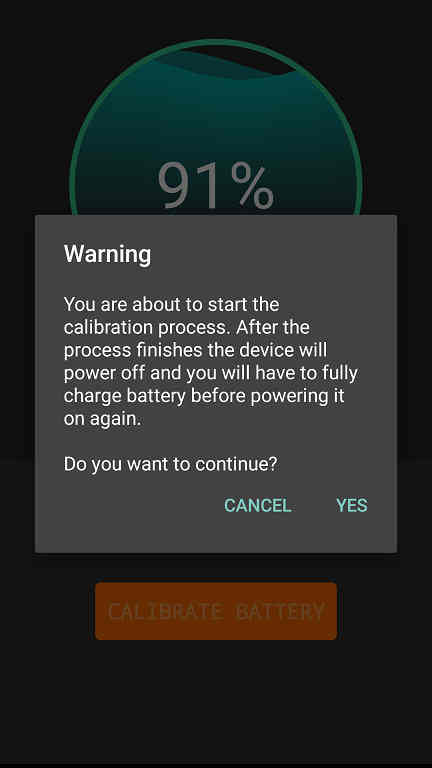 Once you click “Yes” in the warning popup you will get the next screen as shown below. 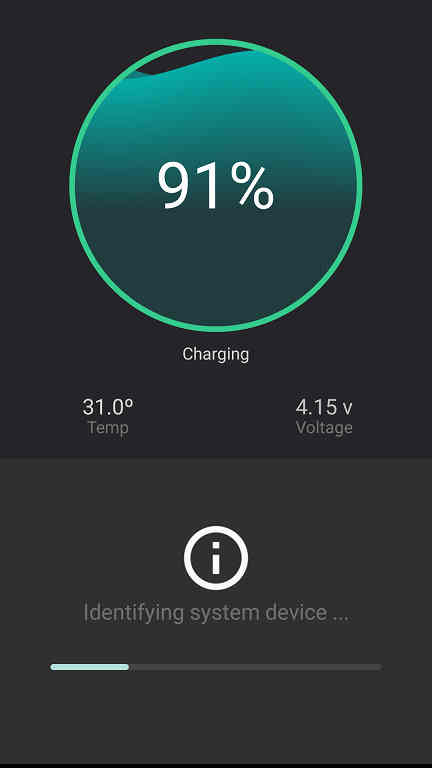 In the above screenshot we can see that the app is trying to identify your phone model. 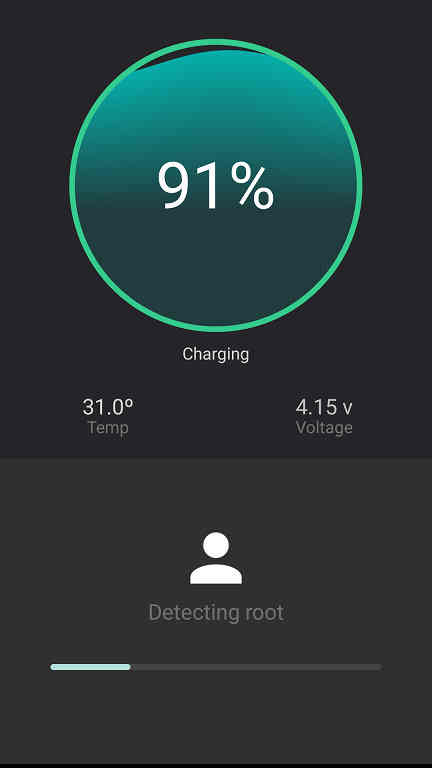 Now it is checking whether your Galaxy Smartphone is rooted or not. Don’t worry even if it’s not rooted. 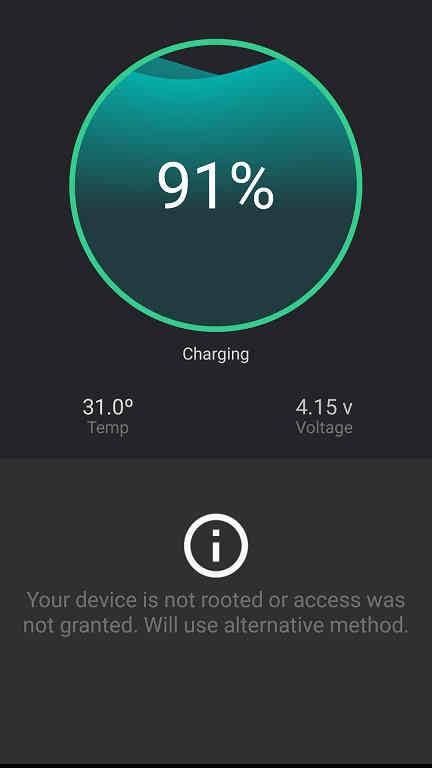 So if your phone is not rooted as in my case you will get the above screen in which the app will be looking for alternate solutions. 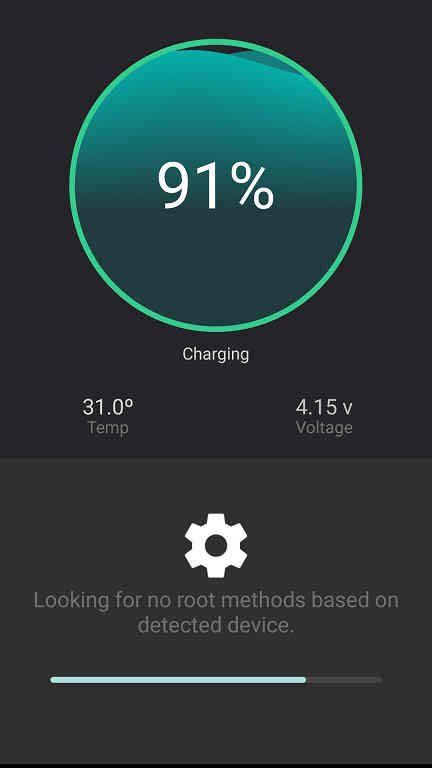 Now the app is looking for non rooted phone solutions. 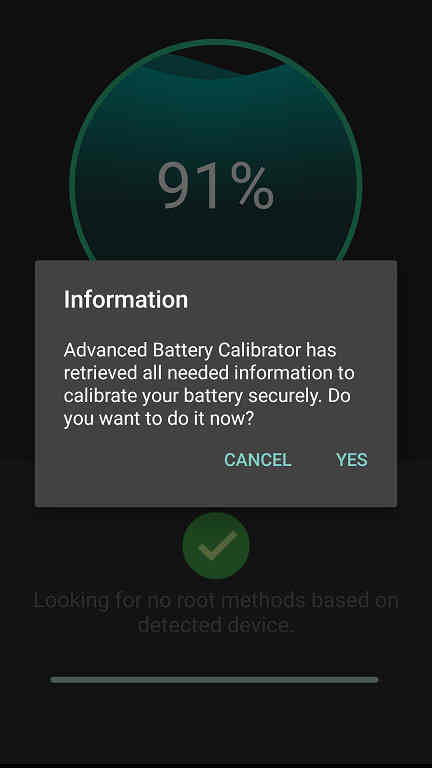 Please click “Yes” on the warning popup to proceed. 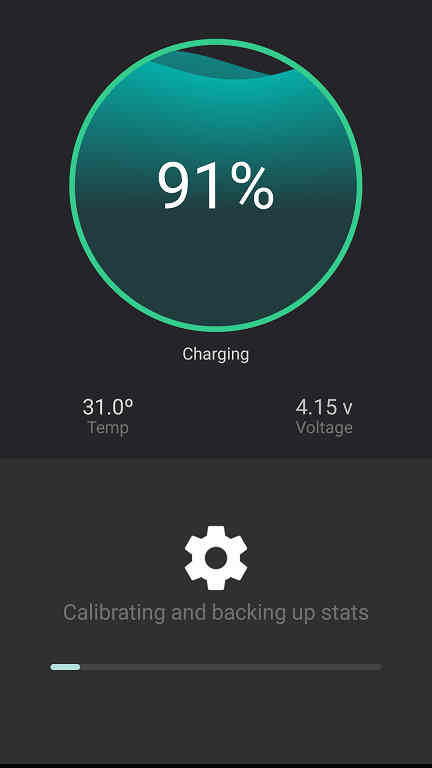 Now the actual battery calibration starts as shown in the above screenshot. 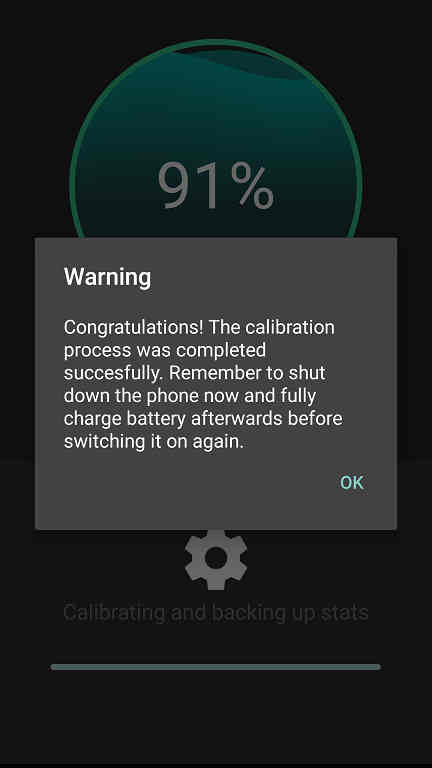 Once finished you will get a popup as shown above. Now click “OK” and switch off your Galaxy Smartphone and charge it till 100%. Once fully charged switch it back ON.

If “How To Reset/Re-Calibrate A Samsung Galaxy Smartphone Battery?” tutorial really helped you, please give a like/share on social networking websites by using the below given buttons.