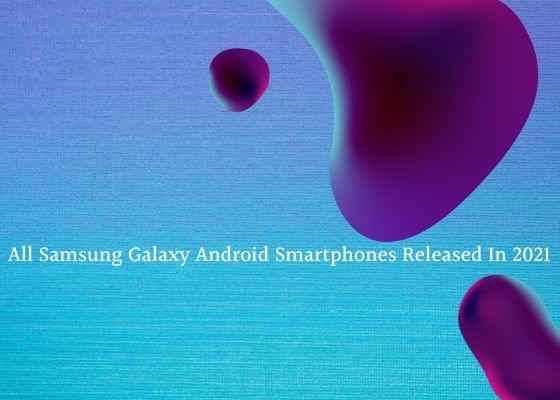 This article will provide you all Samsung Galaxy Smartphones Released In 2021.

Even during this pandemic Samsung has made a long list of their Galaxy Android Smartphones in the year 2021. If some are budget phones others are top notch flagships. So let us have a quick look on them categorized under the series they belong.

The Galaxy S series is the most popular and the premium one among all series.

The Galaxy Tab series is the Tablet series.

The Samsung Galaxy M Series is the latest budget phone from them with premium looks.

The Samsung Galaxy Fold Series as the name indicates is a foldable phone with amzing features. This is the first ever foldable phone from Samsung with dual display.

If you ask me which is the best Samsung Galaxy Smartphone series, when considering the price and performance I will say it’s the “A” series. They are cheaper and very good in performance without any “hanging” or “freezing” problems.

The Samsung Galaxy Xcover is for those who like to have some adventure in their life. These are rugged phones with excellent water and dust proof capabilities.

The Samsung Galaxy F series is the latest from Samsung with a ton load of specs.

If “All Samsung Galaxy Android Smartphones Released In 2021” tutorial really helped you, please give a like/share on social networking websites by using the below given buttons.