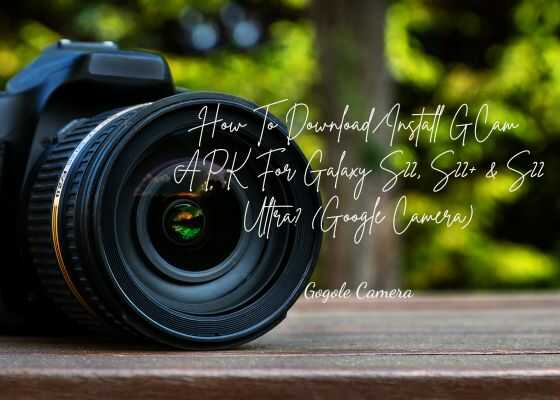 Hi friends, this tutorial will help you to download and install GCam / Google Camera apk / app for your Samsung Galaxy S22, Galaxy S22 Plus or Galaxy S22 Ultra. If you are wondering what is the big deal. The GCam or the Google Camera app makes the Pixel devices stand out from the crowd for their wonderful Camera capabilities among other Android Smartphones.

This tutorial is only for the S22 series, however if you are looking for the general tutorial please have a look at them below.

Just before the real tutorial lets have a look at;

The Galaxy S22 Ultra 5G has the biggest screen along wit 1TB of massive storage and 12GB RAM (depends on the variant you have).

What is GCam or Google Camera apk / app?

The GCam apk  or Google Camera apk is the best Camera app available on the market now. But the saddest part is that it is officially available for mostly Google Pixel devices from Play Store. But don’t get disappointed as the main objective of this article is to install it on the Galaxy S22, S22+ & S22 Ultra.

GCam or simply the Google Camera app, enables you to experience the advanced features of photography such as HDR+, Motion, Night Mode, Panorama, Photosphere, etc as you have never experienced before. In simple words GCam allows you to take better photos than the original stock camera app on your phone.

The GCam has inbuilt AI which takes photo at the best moment (for eg: the happy moment) without user intervention, isn’t it great. It also optimizes the image to make it the best looking one.

In most cases the stock GCam apk or the Google Camera apk will not be compatible with your Galaxy S22, S22+ or S22 Ultra. So you need to get the modded versions of the same. Please download the before said files from the below links.

How to confirm your Galaxy S22, S22+ or S22 Ultra is compatible with GCam / Google Camera?

Before downloading and installing the GCam / Google Camera apk/app on your Samsung Galaxy Smartphone you need to check it’s compatibility. For that you may need to download and install the Manual Camera Compatibility checker app from Google Play Store here.

Once installed please open the app and click the start button to check your Galaxy S22 series GCam compatibility. 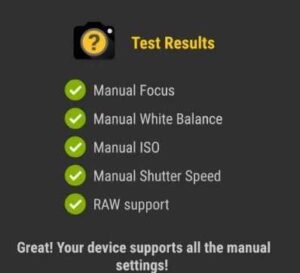 If you are getting green check marks on all the criteria like given above you are good to go, all the GCam / Google Camera features will work on it. If any of the above check marks are red then your phone is only partially compatible with GCam or Google Camera app. Some features may work and some may not.

This is the same as you install any other APK file on your Samsung Galaxy Smartphone. Find the downloaded GCam / Google Camera APK using the file manager and tap on it to open. Now you will get the option to install the app. If you are getting any warning please enable the “Install unknown apps” option. Complete the installation and enjoy the app.

Please note that the below models are only compatible with this tutorial.

If “How To Download/Install GCam APK For Galaxy S22, S22+ & S22 Ultra? (Google Camera)” tutorial really helped you, please give a like/share on social networking websites by using the below given buttons.