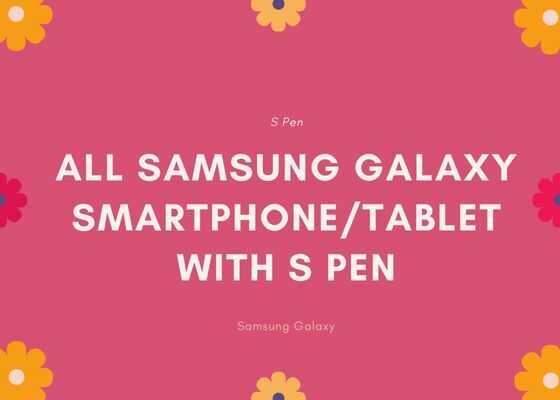 Hi guys, did you ever thought which all Samsung Galaxy Smartphone/Tablets have S Pen or S Pen Pro Support. I actually did indeed and it resulted in this article.

What is S Pen?

The S Pen is a pen like stylus incorporated into the Galaxy Note series and some other models like tab, S etc… Modern S Pen connects to the phone using Bluetooth. S Pen gets power from a super capacitor battery instead of the old school lithium-ion batteries. It can be fully charged within 40 seconds that can be used for up to 30 minutes or 200 clicks. Users get a notification when the battery is at 20% to remind them to charge. The S Pen can be used without charge but you lose the remote capabilities though. 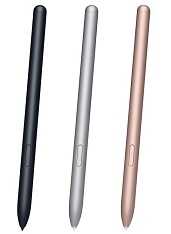 What is S Pen Pro?

The S Pen Pro is a premium universal stylus from Samsung. It currently works with the Galaxy Z Fold 3, Galaxy S21 Ultra, the Galaxy Tab S7 and S7+ and Galaxy Book. The S Pen Pro works at two separate radio frequencies that enables it to be compatible with the older as well as newer Samsung Galaxy devices/laptops.

Like the previous table we have made a table to list out all the Samsung Galaxy Tablets with S Pen.

If “All Samsung Galaxy Smartphone/Tablet With S Pen” tutorial really helped you, please give a like/share on social networking websites.